As the internet has evolved to support more web-ready devices, the way users interact with the internet has changed. More users are connecting via different platforms than ever before, and as a business it is important to understand where connections are coming from.

It’s easy to assume that desktop and mobile account for the biggest chunk of internet users, but there are other platforms to consider, and the numbers behind what platforms are being used may help you to form important business decisions.

Nielsen recently did a study to analyze certain stats about internet usage across various types of devices. One of the major areas that the study looked at was video and movie streaming. Considering places like Netflix and Hulu make up a very large portion of the entire internet traffic, looking at device usage stats on these platforms can give you an idea about what people are using.

Quite a long way behind PC was mobile phones, or smart phones, with 23% and 17% of traffic. Tablets made up for another 14 and 15%, which would give the overall ‘mobile’ category around 30% of the entire Netflix and Hulu traffic. We already know that mobile phone traffic is greater than ever, but it seems the Tablet is inching closer and closer. 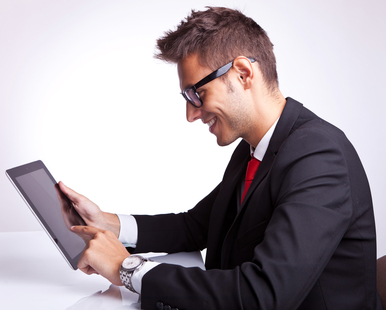 It’s clear that internet usage patterns would change depending on what websites or online content is being accessed, and we can take a look at other studies to confirm this. In a similar Nielsen study, monthly social media time was reported to be 6 hours and 24 minutes via a PC or laptop for Facebook. Tablet Facebook usage was at 7 hours and 43 minutes for Facebook, whilst smartphone users only visited Facebook for around 40 minutes per month.

Many devices are used for different scenarios, and even smart TVs and game consoles are now more internet connected than ever before. As a business owner who may be looking to get up to speed online, it’s very important to understand the wide variety of devices that connect to the internet on a daily basis. 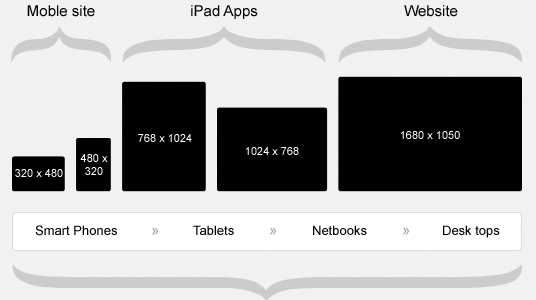 Because of the range of devices from smartphones to smart TVs, it’s hard to provide for all of these devices simultaneously. The solution that can save money, effort and time is to look into finding a responsive website design for your business’ web page. A responsive web design will adapt automatically, according to the screen size of the device it is being displayed on.